What's in the Headline? 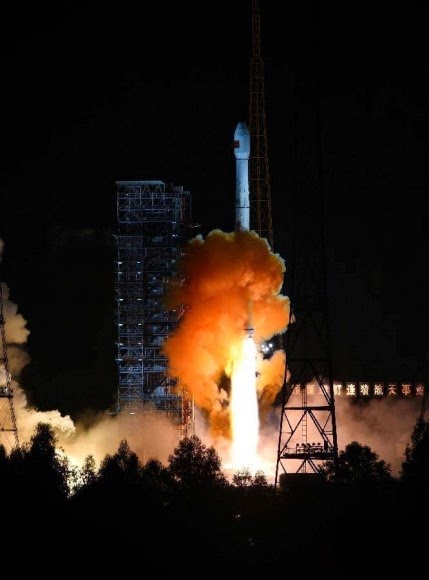 China’s mission to the moon

Beijing has launched the third phase of its lunar exploration program. The spacecraft was launched from the LC2 launch complex of the Xichang Satellite Launch Center, Sichuan Province at 1800UTC. The mission, dubbed Chang’e-5-T1, is to head into Lunar Transfer Orbit (LTO), before performing a flyby around the Moon and re-enter the Earth’s atmosphere and landing after a 9 day flight, , the State Administration of Science, Technology and Industry for National Defence (SASTIND) said in a statement.

The mission will be used to test technology that will be used in China’s unmanned 2017 mission to land on the moon to gather lunar samples. China currently has a rover, the Jade Rabbit, on the surface of the moon which was launched as part of the Chang'e-3 lunar mission late last year, and has been declared a success by Chinese authorities. The military-run project has plans for a permanent orbiting station by 2020 and eventually to send a human to the moon.

Beijing sees its multi-billion-dollar space programme as a marker of its rising global stature and mounting technical expertise, as well as evidence of the ruling Communist Party's success in turning around the fortunes of the once poverty-stricken nation.
Posted by The Five Estates at 16:06