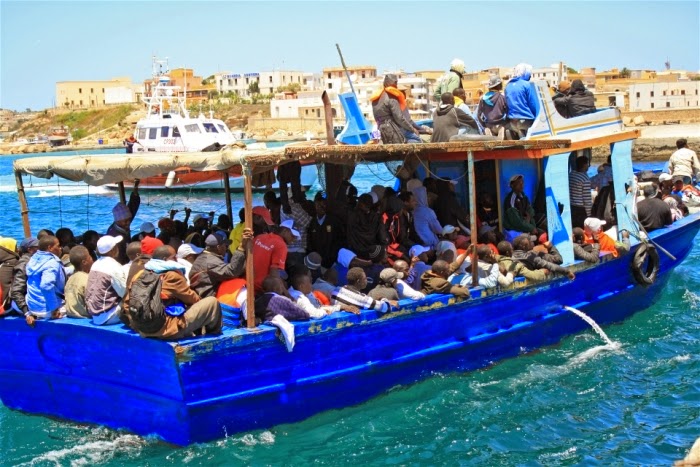 Migrant death toll rises on route from Libya to Europe

Many migrants leaving Africa to escape instability have drowned near Tajoura, east of Tripoli. The migrants were attempting to cross the Mediterranean to reach safety in Europe.

Navy spokesman Ayub Qassem said 26 people had been rescued after the vessel, carrying 250 went down. Qassem said most of the migrants were Africans and many were women. The use of poorly crafted wooden boats overloaded with desperate migrants have resulted in hundreds of deaths. This most recent tragedy comes just weeks after a vessel carrying migrants sank on the route from Libya to Italy, killing 100 people. Two more migrant vessels have been reported to have sunk in the past few weeks.

Human traffickers are using the unstable atmosphere in Africa to exploit those who seek asylum in Europe. The underequipped Libyan coastguard is struggling to deal with the problem and have few resources to search for survivors. They are currently using fishing boats and tugs borrowed from the oil ministry.
Posted by The Five Estates at 11:32