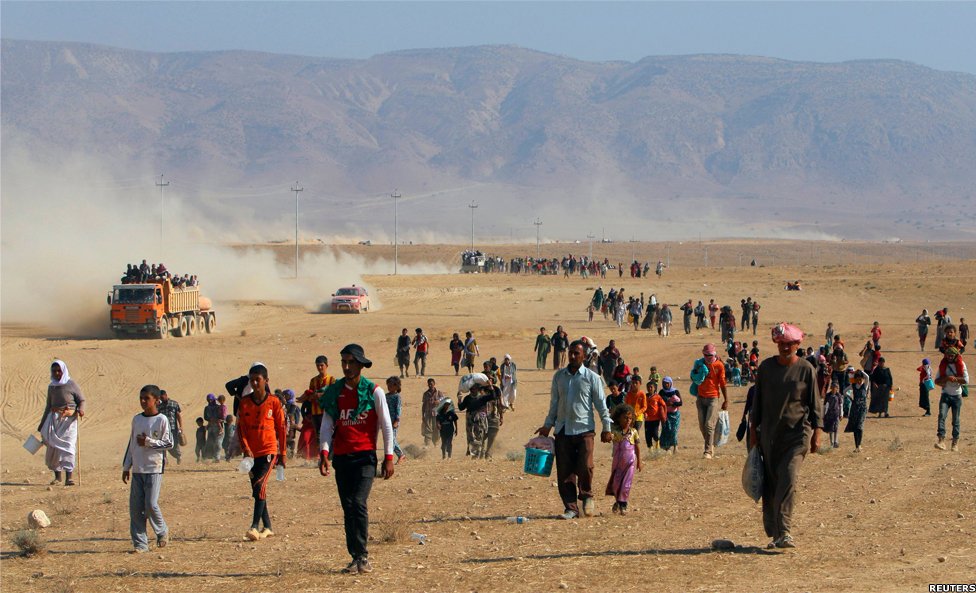 U.S. called off their military mission to extract Iraqi civilians from Mount Sinjar. Further analysis has revealed there are less civilians on Mount Sinjar than first estimated. The air strikes carried out on the Islamic State militants has been successful in drawing forces away from the civilian population. Air drops will continue to provide the Iraqi civilians with food water and medicine.

David Cameron approves British military presence in the area “So what you need to do is have plans that are flexible enough to respond to that situation . . . That is why the Chinooks are there. That's why our Tornados are there.” Both David Cameron and Nick Clegg have agreed on plans to join France in supplying arms to Kurdish fighters. Nadhim Zahawi, a Conservative MP said “The Kurdish president has made it very clear to western allies that he doesn't need their boys and girls on the ground. He just said give us the weapons and the wherewithal and the air cover and they will take this fight to Isis.” Britain and U.S. will maintain a military presence in Northern Iraq for the foreseeable future.

Up to two million civilians who have been displaced by the Islamic State’s activities still remain in the Kurdistan region. The United Nations declared the situation a Level 3 emergency, which is its highest level of assessment.
Posted by The Five Estates at 12:53