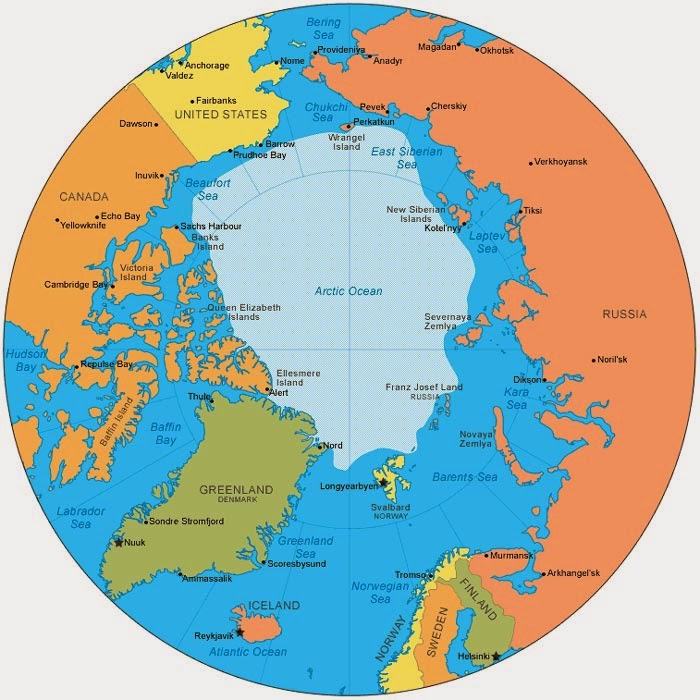 Russia steps up military presence in the Arctic

Six Navy ships, including the anti-submarine destroyer, two landing ships and support vessels, have set off for the New Siberian Islands, where an abandoned military base under reconstruction. The base was abandoned almost three decades ago and was reopened last year as part of Russia’s military build-up in the Arctic.

“The Arctic plays a very important role from the point of view of assuring security . . . because of that, first strike American nuclear submarines are concentrated there not far from the coast of Norway – the flight time of their missiles to Moscow is 15 to 15 minutes. But a significant portion of our naval submarine forces are there too.” President Vladimir Putin said in a speech to the Seliger patriotic summer camp.

The Canadian Prime Minister, Stephen Harper, has expressed his concerns about the growing military presence of Russia in the Arctic region. Though the Russia can be described as operating within international rules, Harper was clear that there can be no complacency about it. There have been reports of a fleet of nuclear-powered Russian submarines and icebreakers are patrolling the waters, and that Russian planes had transgressed the boundaries of Canadian airspace many times. Prime Minister Harper described Canada's position as being cautious.

Russia’s Foreign Minister Sergey Lavrov dismissed Canadian accusations as “nonsense”.“We have said many times that we will only act within the framework of international law [in the Arctic], as we have always done and are going to do in the future,” Putin said.
Posted by The Five Estates at 11:36