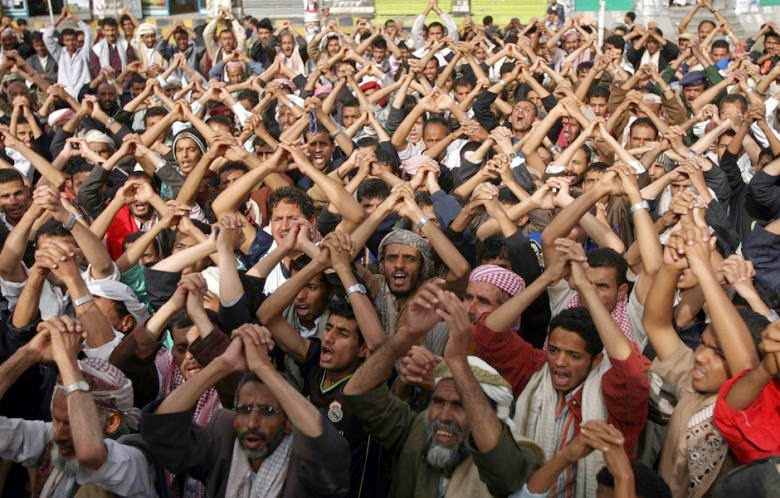 Yemeni government officials and Shia rebels signed a peace agreement on Sunday which included plans for an immediate ceasefire and the formation of a technocratic government within a month. Jamal Benomar, the UN's envoy to Yemen, said Saturday that the peace deal "will lay the foundations for national partnership and for security and stability in the country." Benomar struggled to broker a last-minute peace deal between Houthi rebels, a militant Shia movement, and the government.

Violence has raged for several days leaving more than 140 people dead and thousands displaced from their homes. The Houthi rebels seized numerous strategically important installations in Sana'a, including the defence ministry, the central bank, a key military base and Iman University. The Houthi leader, Abdelmalek al-Houthi, is calling for the transitional government in place since 2011 to be dissolved and replaced with a more effective and representative body;  for fuel subsidies cut in July to be reinstated; and for agreements made during peace talks that drew to a close in January to be implemented. The president, Abd Rabbu Mansour Hadi, has largely agreed to his demands.

After the 2012 Arab Spring protests saw the removal of leader Ali Abdullah Saleh, Yemen has witnessed a very instable transition to democracy including Houthi rebel groups and the spread of al Qaeda.
Posted by The Five Estates at 11:56